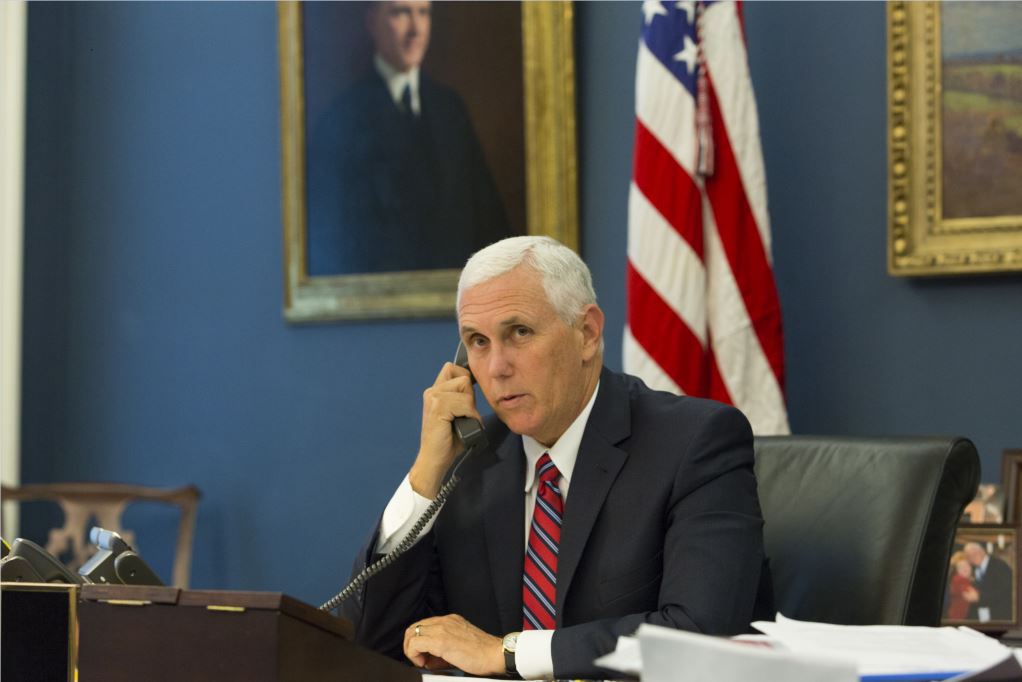 Vice President Mike Pence spoke today with Venezuelan political prisoner and political activist Leopoldo López to address the dire situation in Venezuela. On behalf of President Trump, the Vice President firmly stated that the United States stands with the Venezuelan people, and praised Mr. López for his courage and outspoken defense of Venezuelan democracy despite his current detention under house arrest. Vice President Pence once again called for the full and unconditional release of all political prisoners in Venezuela, free and fair elections, restoration of the National Assembly, and respect for human rights in Venezuela. The Vice President also reiterated President Trump’s pledge that if the Maduro regime imposes its Constituent Assembly on Sunday, July 30, the United States will respond with strong and swift economic actions.

Source: Office of the Vice President