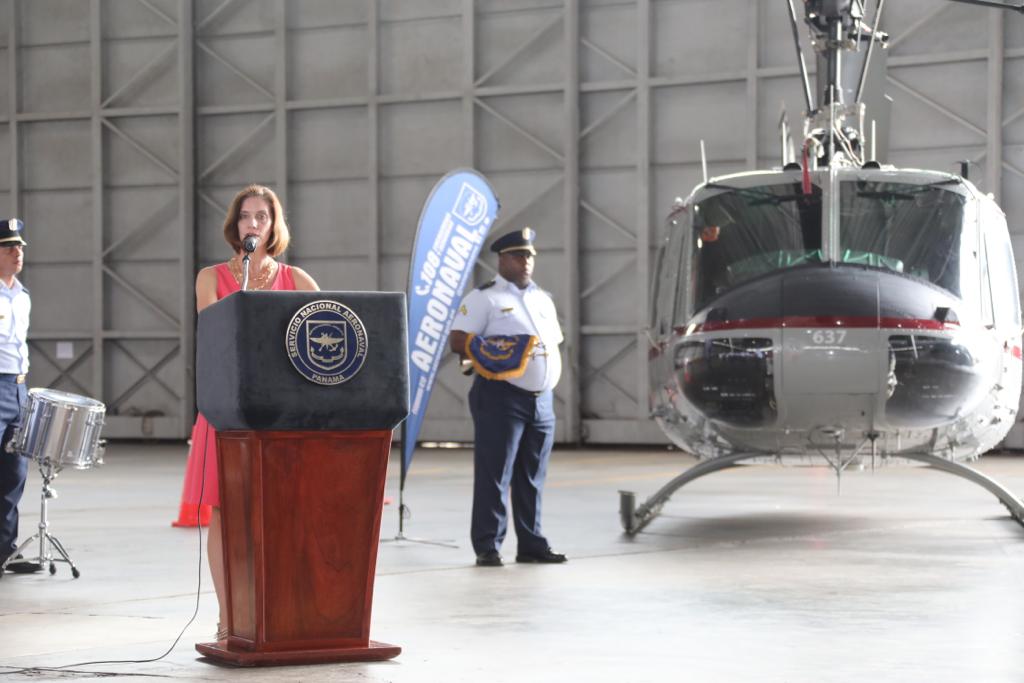 Panama City, 28 June 2019.- The government of the United States, via the Aviation Program of the Bureau of International Narcotics and Law Enforcement Affairs, transferred the government of Panama six UH-1H(S) helicopters worth $24 million. The symbolic ceremony took place this morning at the hangar 2 of the National Aeronaval Services (SENAN) headquarters in the Panama Pacifico compound. The U.S. Embassy Chargé d’Affairs a.i., Roxanne Cabral, and Public Security Minister, Jonattan Del Rosario, attended the event.

“With the transfer of these helicopters to the Ministry of Public Security, we demonstrate our commitment with Panama and its leadership role in regional security issues. These helicopters will allow SENAN and SENAFRONT [National Border Service] to create a protective barrier surrounding the Darien jungle to deter criminals and protect Panamanian citizens,” said Chargé d’Affairs Cabral.

The government of the United States will continue to supply maintenance to all six helicopters and will continue training SENAN pilots through 2023, at a cost of $30 million.

Since 2014, the INL Aviation Program has flown 6,800 hours, which has supported SENAN in the transportation of officials, construction materials, generators, water, food, weapons, ammunition, and first aid supplies to remote areas. Such actions have allowed strengthening law enforcement personnel along Panama’s mountainous border and throughout the jungle.

With today’s transfer, the United States government reaffirms its commitment in assisting the Republic of Panama to strengthen its law enforcement capabilities, in order to protect the population and attain greater regional security.