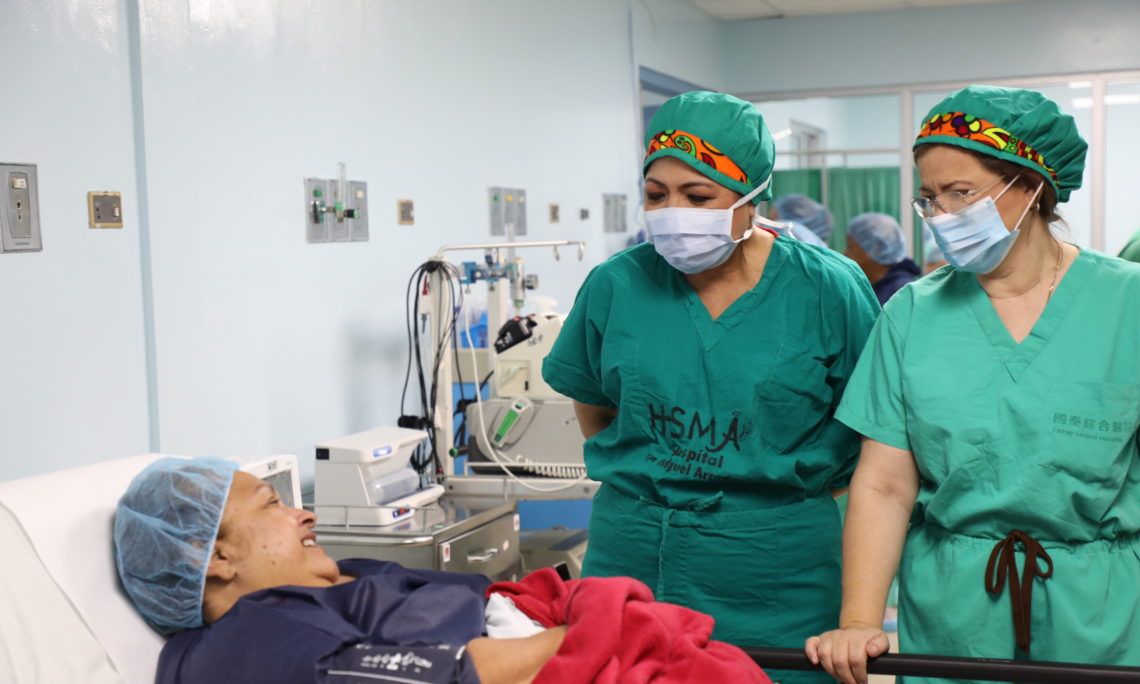 Panama, October 4th 2019. The United States and Panama concluded today an ophthalmology mission at San Miguel Arcangel Hospital, providing services to 264 patients throughout 17 days. Patients received cataract, pterygium, and squint eye surgeries, which allowed the patients to recover autonomy and even return to their workplaces after months and years with limited or no vision.

A total of 26 U.S. volunteer physicians participated in the surgeries along with their counterparts at the San Miguel Arcangel Hospital. This mission reinforces the U.S. commitment to support Panama’s Ministry of Health in increasing health care for the population. If there is health, there is prosperity.

The medical mission began on 18 September, when doctors screened the patients pre-selected by the Ministry of Health. The medical evaluation was followed by nine days of surgeries between 23 September and 3 October.

Most patients who received surgeries are residents of San Miguelito district; however, 25% of the patients came from the Ngabe Bugle indigenous region. Patients also came from other areas such as West Panama province, Colon, and the interior of the country.

This has been the 11th ophthalmology mission that the Southern Command carries out in Panama since 2006, benefitting a total of 1,670 patients from the provinces of Panama, West Panama, Herrera, and Veraguas.

The ophthalmology mission was preceded by a U.S. Government donation of 20,000 quick HIV test kits to Panama’s Ministry of Health, which marked the second donation to Panama in 2019 from the U.S. President’s Emergency Plan for AIDS Relief.

“The United States remains engaged with the joint objective of improving security, prosperity, health, and future of both of our countries,” said the interim Chief of Mission of the U.S. Embassy in Panama, Roxanne Cabral, during the ophthalmology mission press conference. “This is only a part of the humanitarian aid the United States offers Panama since the 1980s.”

The head of the U.S. diplomatic mission in Panama added Southern Command’s Humanitarian Assistance Program will donate Panama’s Ministry of Health two health centers worth $2 million located in the remote regions of Quebrada de Hacha, in the Ngabe Bugle indigenous region, and in El Salto township, in Darien province. The health centers are expected to benefit 16,000 people who currently do not have access to nearby medical services.