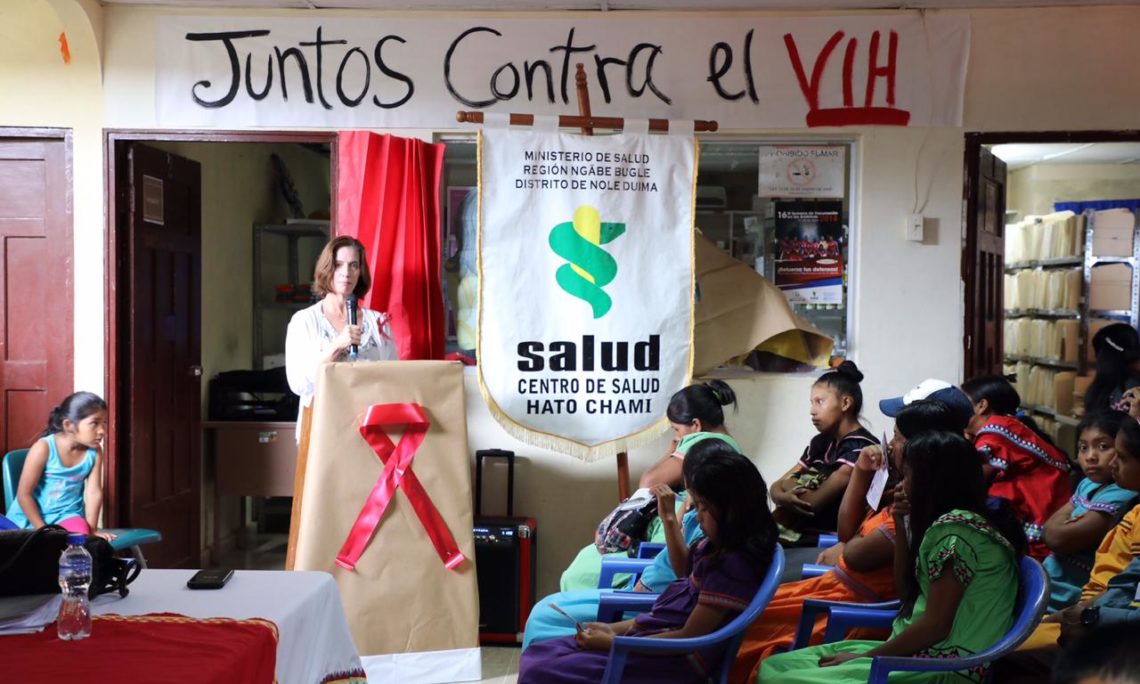 The U.S. Embassy, Peace Corps and the Health Ministry work together to reduce HIV in the Ngabe Buglé region.

The U.S. support to Panama in HIV/AIDS prevention and treatment has been constant. For 2019, the U.S. government allotted Panama over $2 million for prevention programs against HIV/AIDS and other infectious diseases. In addition, the U.S. government is in the process of providing Panamanian health authorities 100 HIV testing kits, able to diagnose 1,000 patients in remote areas.

As part of the health promotion agreement between the Ministry of Health and Peace Corps, about 30 Peace Corps volunteers are currently working in HIV prevention programs in the Ngäbe Buglé region.

“The most valuable help the United States can give you is our Peace Corps volunteers’ work directly in your homes, schools and health centers. They work with young people and their parents, educating them and giving them knowledge to protect themselves from HIV”, emphasized the U.S. Embassy Chargé d’Affaires, Roxanne Cabral, during the health fair in Hato Chami.

The American volunteers cooperate with preventive programs by working jointly with Panama’s Ministry of Health personnel in HIV/AIDS awareness tours and collaborating in the design of educational material distributed in health centers, medical tours and schools.

The health fair in Hato Chami shared preventive information and health care in a family-oriented and entertaining environment, with prizes and games for participants. Peace Corps and the U.S. Embassy produced short educational films, which were screened during the event. Ngäbe Students from the Chiriqui Autonomous University´s East Chiriqui Regional Center performed in the HIV docudramas. The short films encourage the use of condoms and HIV testing, while reminding HIV positive patients that they can live productive and fulfilling lives with the proper treatment.