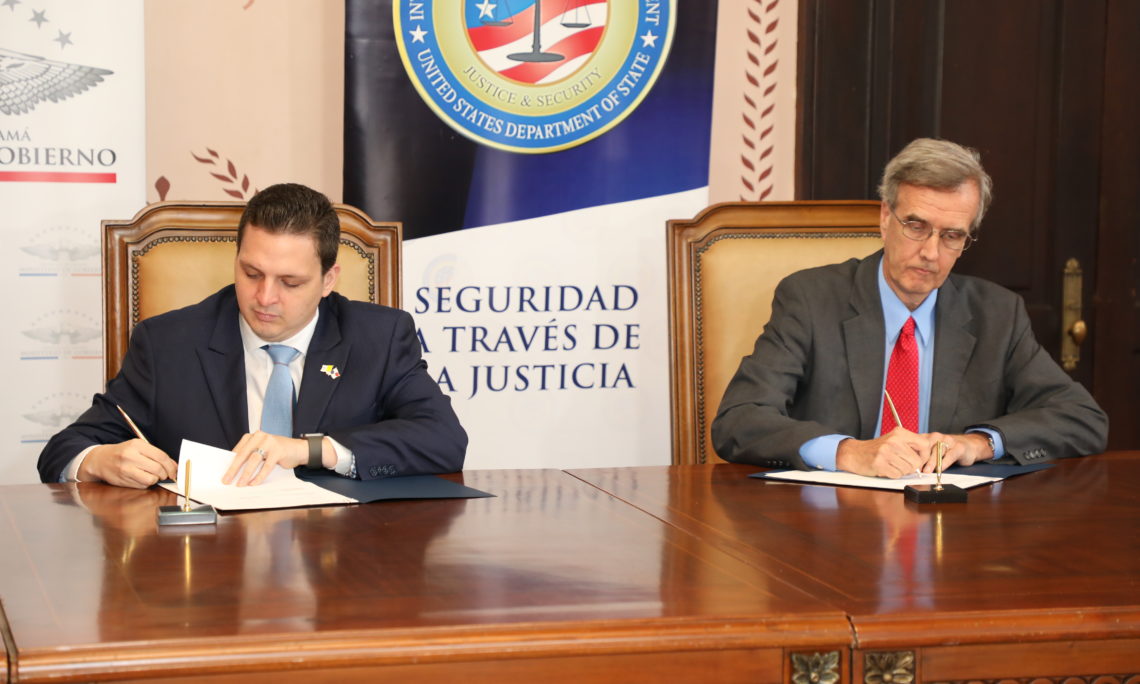 The memorandum of understanding seeks to strengthen relations between the two parties. The agreement allows INL to contribute information exchange, consultations, and equipment donation to the Ministry of Government.

Government Minister underscored this cooperation agreement will reinforce the work of the Penitentiary System General Directorate, in rehabilitating convicts and strengthening security conditions that will allow adequate rehabilitation programs.

Minister Rubio added the collaborations foreseen in this memorandum aim to provide security for citizens, inasmuch its specific actions intend to counterbalance organized crime operations planned from within prisons.

For its part, INL will support the strengthening of the Penitentiary System General Directorate through consultations by experts in the field of inmate management and equipping the different prisons.

“This memorandum is part of our continued effort to help Panama in the fight against criminals and transnational organizations, who would seek to manage criminal activities from prison,” said U.S. Embassy Chargé d’Affaires Roxanne Cabral.

The Ministry of Government commits to provide the human resources to manage and follow up on the established agreements.

The U.S. Embassy in Panama appointed INL as the contact point to facilitate collaboration, coordination, and follow-up of activities reflected in the agreement. For its part, the Ministry of Government appointed the Department of Planning and Projects of the Penitentiary System General Directorate as its counterpart.

These liaison units will meet periodically to discuss issues of common interest, as well as to supervise project executions.

INL was established in 1991 and its mission is to reduce the flow of illicit drugs to the United States. It also has the mission of providing funds, operations, training, and logistical support for drug and law enforcement institutions at the regional level, including Panama.

Other agreements between Panama and the United States