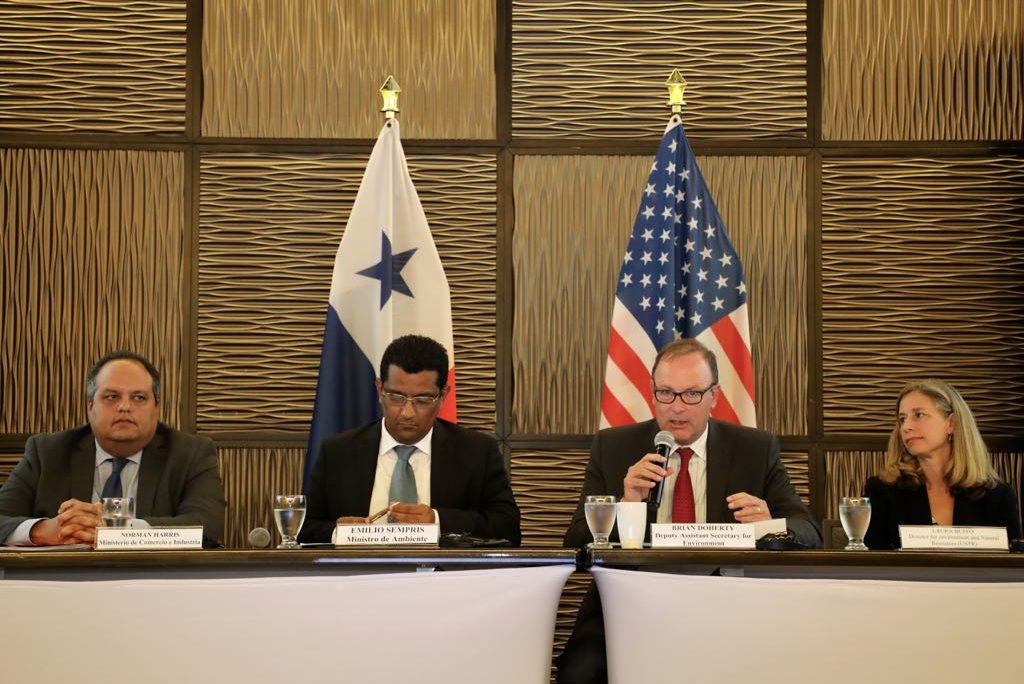 The Environmental Affairs Council discussed the United States and Panama’s progress in implementing, complying, and enforcing obligations within the Environment Chapter of the Trade Promotion Agreement. The United States highlighted actions taken to combat illegal fishing, implement the End Wildlife Trafficking Act to combat wildlife trafficking, and environmental enforcement policies adopted by the Department of Justice, the Environmental Protection Agency, and other agencies, which resulted in the recovery of almost US$5 billion in penalties, fines, and other payments in 2017.

During the public session, representatives from civil society, business, academia, and delegates discussed the implementation of the Environment Chapter of the Trade Promotion Agreement and identified opportunities for future environmental cooperation.