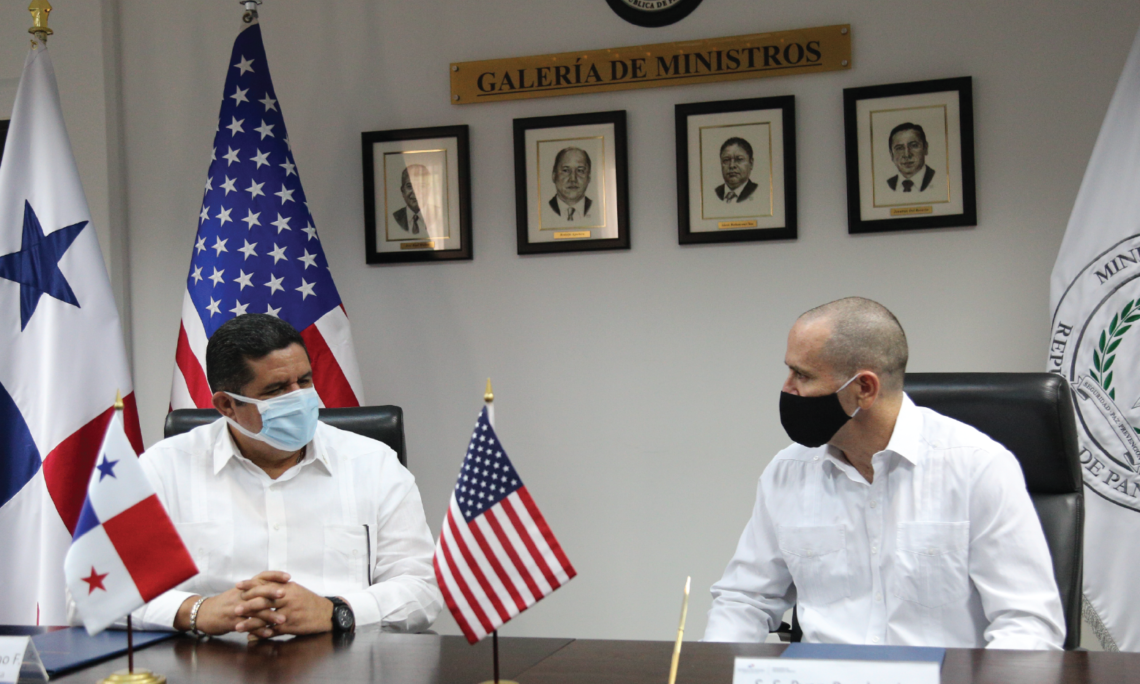 Panama City, August 14, 2020.- The United States and Panama have signed a Memorandum of Understanding to establish an Anti-Money Laundering/Anti-Corruption Task Force. The Task Force consists of Panamanian prosecutors, law enforcement, and regulatory officials who will be trained and advised by personnel from the Federal Bureau of Investigation (FBI). The United States plans to invest over $5 million in the next five years in this task force to target money laundering networks, including non-narcotics related networks. Our shared goal is to help Panama strengthen its capacity to investigate, disrupt, and prosecute money laundering and corruption.

Introducing illegally obtained funds into the stream of legitimate commerce and finance allows criminals to profit from their illegal activities, taints the international financial system, and erodes public trust in its integrity. This joint Task Force will seek to put an end to these criminal activities. Tools such as this one can help reveal the infrastructure of criminal organizations, expose webs of corruption, and uncover conspiracies to commit terrorist acts. It provides authorities with roadmaps to those who facilitate illicit activities and can lead to the recovery and forfeiture of unlawfully-acquired assets. The cooperation between the United States and Panama on this front will support broad and effective measures that target a wide range of criminal activities, including the financing of terrorism.