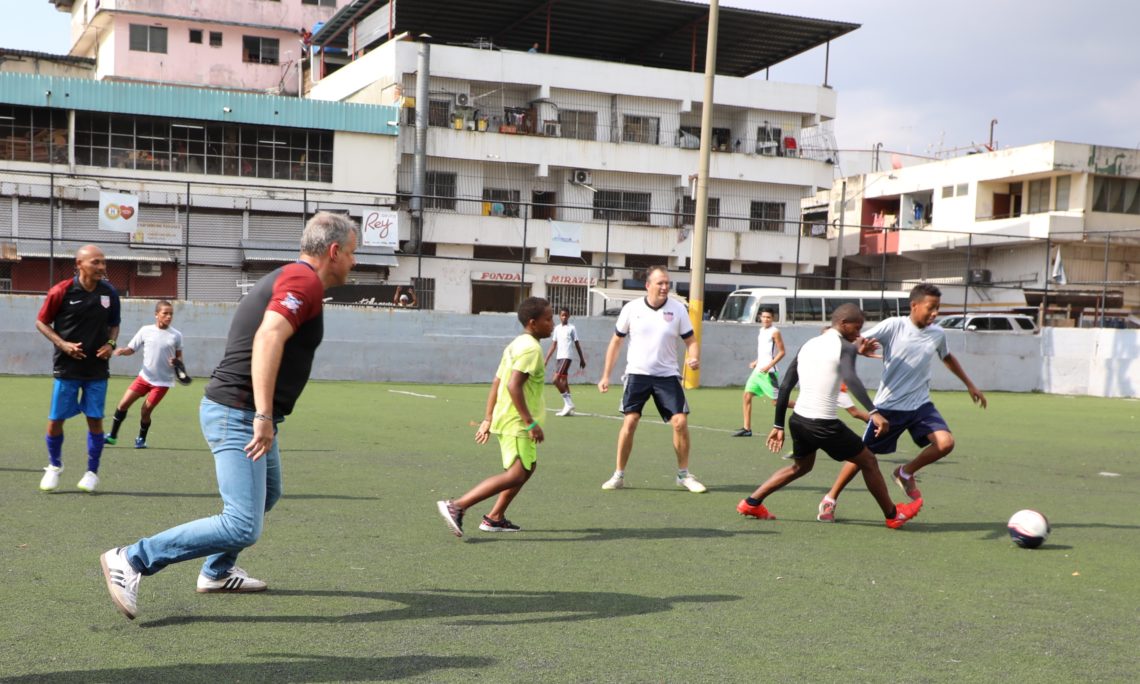 As a prelude to the qualifying match for the 2018 World Cup between Panama and the United States, the diplomatic representation of the United States organized a series of recreational events dedicated to children of El Chorrillo neighborhood.

The first event started at the New Generation Movement (Movimiento Nueva Generacion) cultural center where embassy staff taught basic English classes for children between 10 and 14 years old. Ambassador John D. Feeley, along with the United States’ fan club, American Outlaws, made a donation of soccer balls and jerseys to support the sport among the youth of El Chorrillo.

After the donation, a group of volunteers gave a soccer clinic to about 150 children, followed by a friendly match between the last champions of the “Mundial del Barrio” and a team of volunteers, staff of the Embassy and fans of American Outlaws. With this activity, the diplomatic mission encourages sport as a way of life and powered football as a bond that strengthens friendship between nations.

More pictures of this event: https://flic.kr/s/aHskUeCi6m