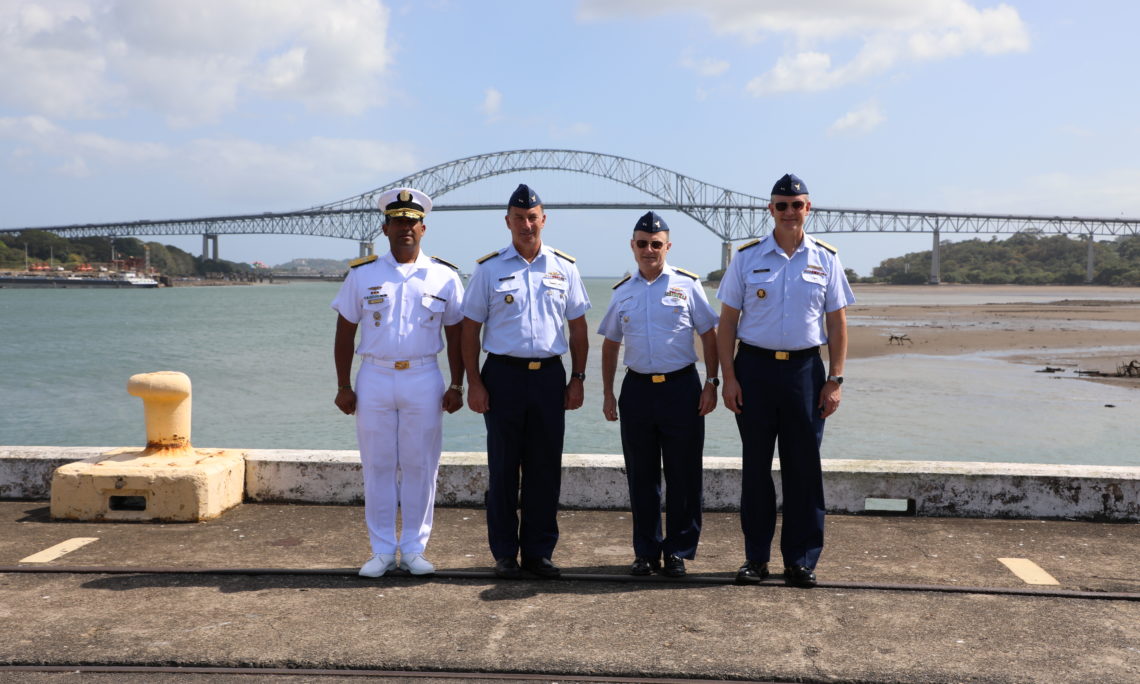 Panama is the first line of defense for cocaine and other illicit drugs entering Central America.  The three admirals congratulated Panama’s security forces for seizing a record amount of illicit narcotics in 2019.

Other key themes discussed throughout the visit were Panama’s support for U.S. Coast Guard transits through the Panama Canal, port services, and aircraft logistics, which are essential to maritime security operations throughout the region.  Participants also discussed Panama’s vital role in search and rescue efforts, and explored innovative ways to enhance capabilities.

The Minister of Security reported another record year for narcotics seizures in 2019, with nearly 87 metric tons captured by Panamanian security forces.