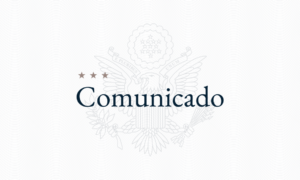 U.S. Department of State
Office of the Spokesperson
For Immediate Release
Statement by Secretary Michael R. Pompeo
December 7, 2020On December 6, the illegitimate Maduro regime in Venezuela staged a political farce intended to look like legislative elections. Fortunately, few were fooled. The United States, along with numerous other democracies around the world, condemns this charade which failed to meet any minimum standard of credibility. Maduro brazenly rigged these elections in his favor through the illegal seizure of political parties’ names and ballot logos, manipulation of the process by his loyalist electoral council, violence and intimidation, and other undemocratic tactics. Most of Venezuela’s independent political parties and civil society organizations, and almost 60 countries and organizations around the world, including the United States, the European Union, the Organization of American States, the Lima Group, and the International Contact Group, reject these sham elections. This farce was nothing more than an attempt to install a complicit, puppet National Assembly, beholden only to Maduro, while destroying the country’s only remaining democratic institution truly representative of the Venezuelan people.
This electoral sham comes as the illegitimate Maduro regime systematically assassinates, tortures, and imprisons its opponents, which the United Nations, Organization of American States, and other independent observers have laid bare in recent reports. In advance of the fraudulent elections, the regime also stepped up its harassment of humanitarian workers and threatened urgent food distribution programs. Such a brutal and callous regime is incapable of holding free and fair elections.