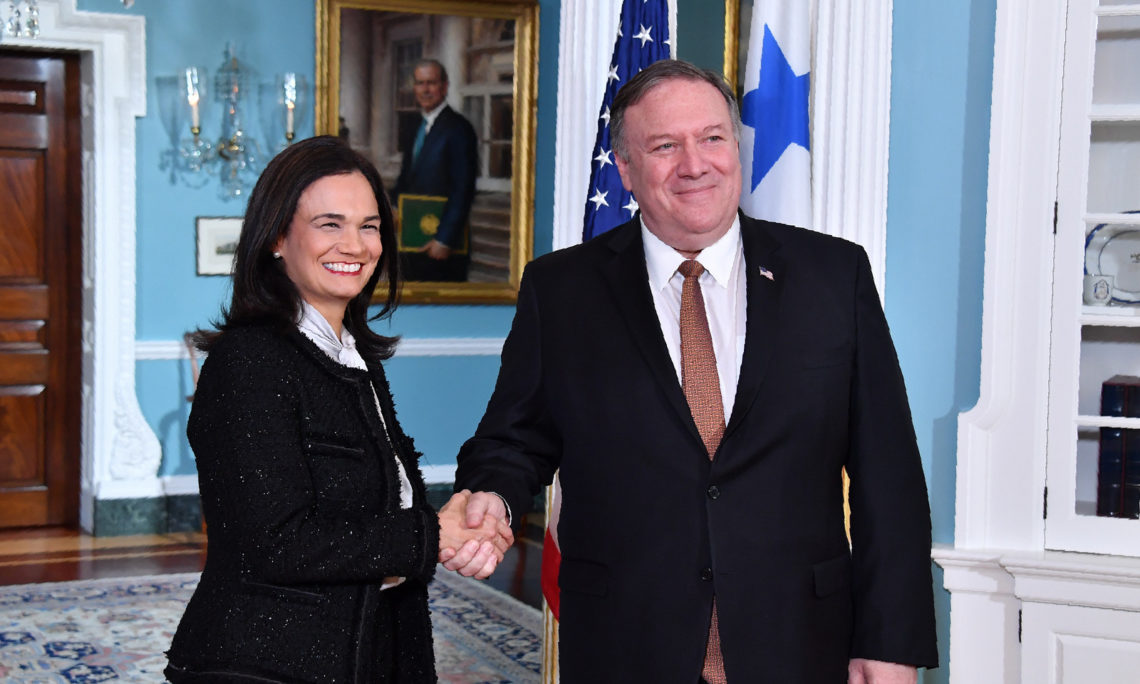 Washington, D.C., February 4, 2019. Secretary Michael R. Pompeo met with Panamanian Vice President and Foreign Minister Isabel de Saint Malo today in Washington, D.C., to discuss the ongoing crises in Venezuela and Nicaragua.  Secretary Pompeo expressed appreciation for Panama’s regional leadership role in maintaining international attention on those crises within the Organization of American States and the Lima Group.  The two leaders also discussed the United States and Panama’s strong security partnership, the importance of Panama’s support in countering malign actors, and the upcoming May elections in Panama.  The Secretary and Vice President de Saint Malo discussed China and agreed on the importance of transparency, human rights, and rule of law.

Secretary Pompeo applauds the Presidential decree issued today by President Varela, which allows for the immediate de-flagging of ships using Panama’s flag to support terrorism.  Today’s action is an important step in helping prevent terrorist groups or states that sponsor terrorism from threatening global stability and commerce.  Panama continues to be a strong ally and partner of the United States in the fight against terrorism and terrorist financing.

The above is attributable to U.S. Department of State Deputy Spokesperson Robert Palladino.