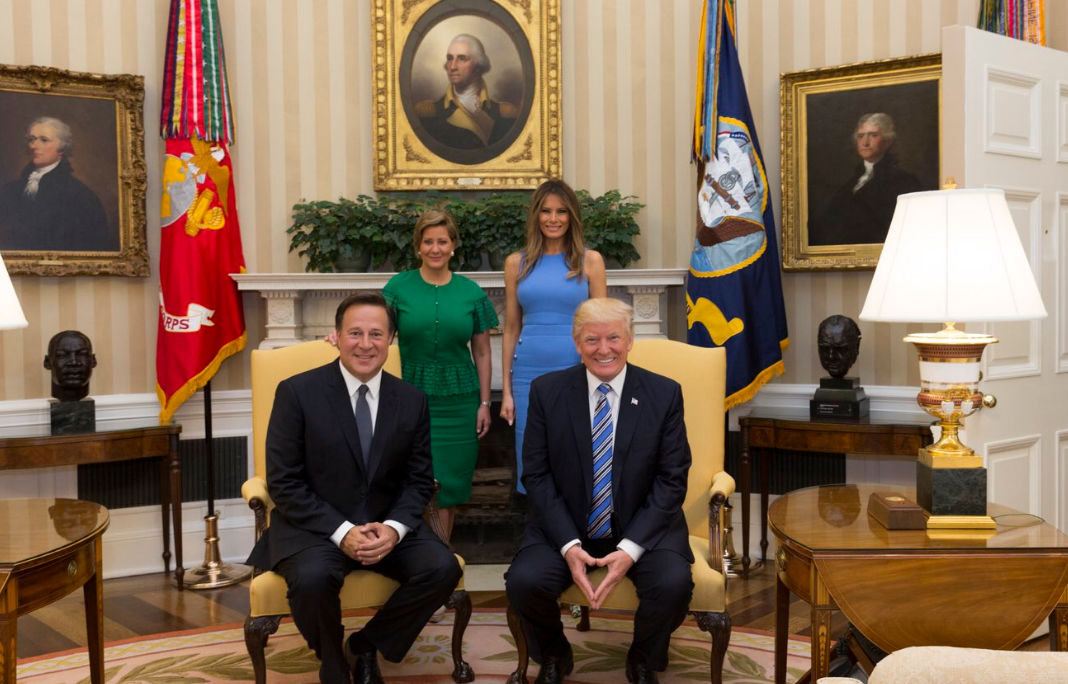 Washington D.C.– President Donald J. Trump today met with President Juan Carlos Varela of Panama and discussed the close ties and longstanding partnership between the United States and Panama. President Trump underscored the need for continued cooperation to address drug trafficking and illegal migration in the region and expressed appreciation for President Varela’s strong partnership on these issues.

The leaders discussed the importance of the United States-Panama High-Level Security Dialogue, which will be held in Panama in late June, to advancing our shared security priorities. President Trump congratulated President Varela on the Panama Canal expansion, which benefits American and Panamanian businesses and is a key driver of economic growth in the region.

leaders also addressed the increasingly dire situation in Venezuela and the importance of restoring democratic norms in that country.