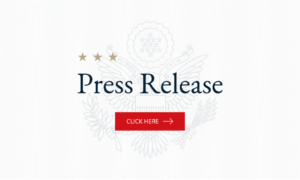 Extraordinary and Plenipotentiary of the United States of America to the Republic of Panama.

Panama City, April 20, 2020. Today, President Donald J. Trump announced his intent to nominate Erik Bethel as Ambasssador Extraordinary and Plenipotentiary of the United States of America to the Republic of Panama, for ratification at the United States Senate.

Mr. Bethel recently completed his term as United States Alternate Executive Director of the World Bank. In that role, Mr. Bethel spearheaded a number of initiatives, including streamlining World Bank operations and promoting new technologies such as machine learning, artificial intelligence, and blockchain.

A financial professional with more than 25 years of private equity and investment banking experience in Latin America and Asia, Mr. Bethel is a recognized expert on Chinese investment and financial activities in the Latin American region. He began his career in New York covering Brazil, Colombia, and Mexico. Subsequently he moved to Mexico City as an investment banker and later to Shanghai, China as a private equity professional. He has served on the Board of Governors of Opportunity International, a non-profit organization that provides financial services to people living in poverty in developing countries.

Mr. Bethel is a graduate of the U.S. Naval Academy, where he was an Olmsted Scholar, a Cox Fund Scholar, and a Battalion Commander. He earned an MBA from The Wharton School of the University of Pennsylvania, where he was a Milken Scholar. He speaks Spanish, Portuguese, and Mandarin.

This information is available in the White House press office.