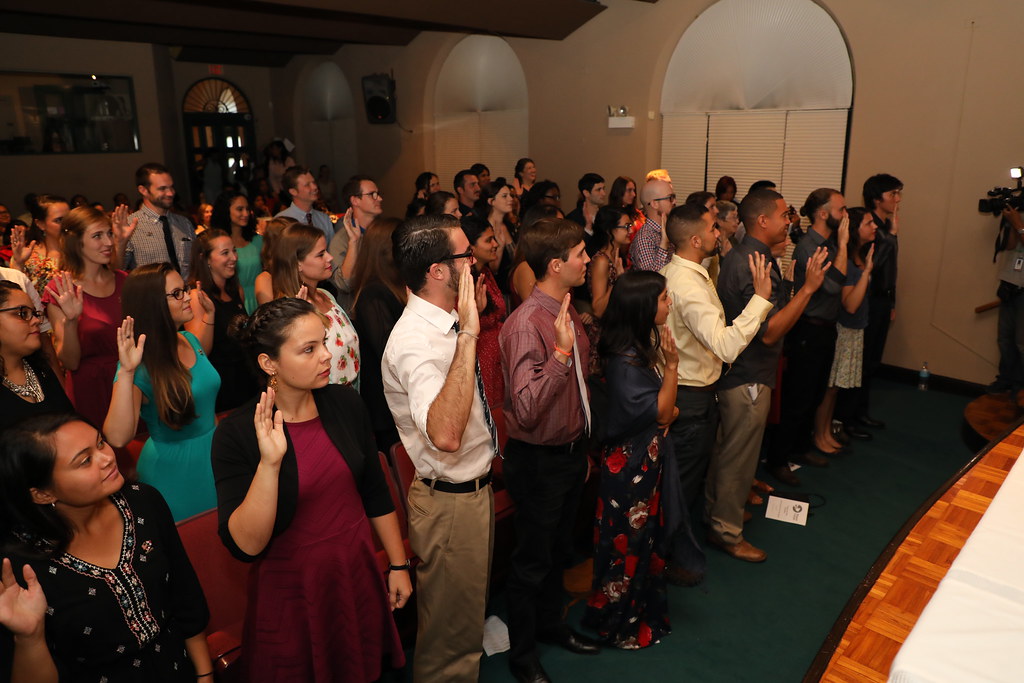 These Peace Corps volunteers are young professionals who will work Teaching English, Leadership, and Lifeskills (TELLS), or in Community Environmental Conservation (CEC) projects. During the next two years, volunteers will carry out projects with the support of Panamanian government agencies such as the Ministry of Education (Meduca) and the Ministry of the Environment (MiAmbiente)  in the provinces of Bocas del Toro, Chiriqui, Cocle, Darien, Herrera, Los Santos, Panama Oeste, Veraguas, and the Ngabe-Buglé indigenous reservation. Created in 1961, Peace Corps offer highly trained human resources to collaborate in sustainable development community programs.

Present at the ceremony were Kevin O’Reilly, Chargé d’Affairs at U.S. Embassy Panama, who sworn-in the 47 volunteers; he was joined by Diane Carazas, Peace Corps Director General in Panama; Emilio Sempris, Acting Minister for MiAmbiente; and Carlos Staff, Deputy Minister at Meduca.

See more pictures of the ceremony in our Flick album.