First International Visit of Senator Rick Scott of Florida: a Focus on Security and Economy 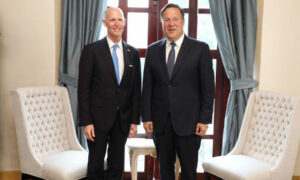 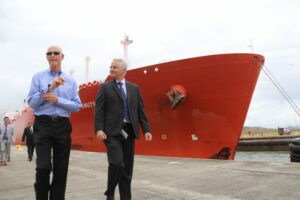 Senator Scott and Panama Canal Vice-President Miguel Lorenzo during his visit to the expanded Canal.

During his trip Senator Scott visited the Cocoli Expansion Locks at the Panama Canal where he met with the Vice President for Engineering and Services Miguel Lorenzo and witnessed first-hand the substantial U.S. traffic flow.  The United States accounts for 68 percent of the ships passing through the Panama Canal. 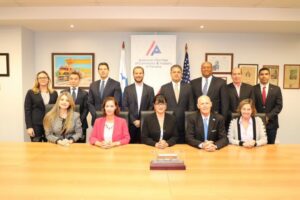 Senator Scott met with American Chamber of Commerce board members.

Senator Scott also toured the Manazillo International Terminal (MIT) in Colon and met with Stacy Hatfield, the General Manager of MIT as well as visiting stakeholders from SSA’s Jacksonville Blount Terminal.  He learned about the efficiency of MIT’s state of the art automated systems and its strong community involvement.  He also met with board members of the American Chamber of Commerce. 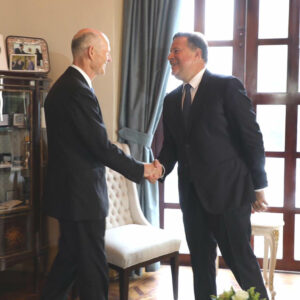 During his meeting with President Juan Carlos Varela, Senator Scott reinforced the strong economic relationship between the U.S. and Panama.

Today, he met with President Juan Carlos Varela where Senator Scott had the opportunity to discuss with him how to strengthen our economic relationship, Chinese influence in the region, and Panama’s recent humanitarian support for the people of Venezuela.