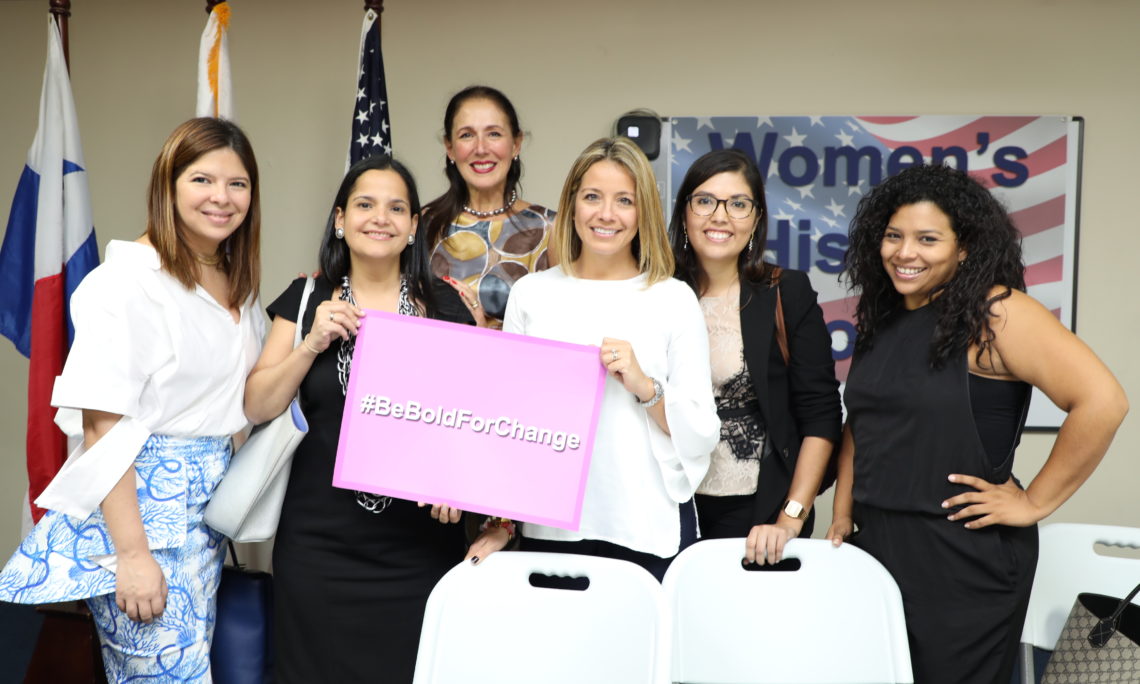 How does the new generation of leaders promote gender equality? What are the challenges of the 21st century? These are some of the topics covered during the International Women’s Month today in the City of Knowledge. Under the Federal Women’s Program (FWP), the United States Embassy organized a conference that highlighted their contributions to society and the federal workforce. With the motto “Honoring Innovative Women at Work and Business”, 2017 marks the fiftieth anniversary of the establishment of the FWP.

“We have made great strides in 50 years. Almost 40% of our ambassadors in the world are women,” said United States Ambassador John D. Feeley. “But 40% is not enough and does not represent full equality. We have many challenges ahead and as we progress, we faced with new dares, “added the diplomat.

During the discussion, panelists identified and provided strategies to approach the labor challenges of the 21st century before an audience that highlighted members of the diplomatic corps and international organizations such as UN Women, as well as students from private schools in the area.

More pictures of this event: https://flic.kr/s/aHskSWmqGs