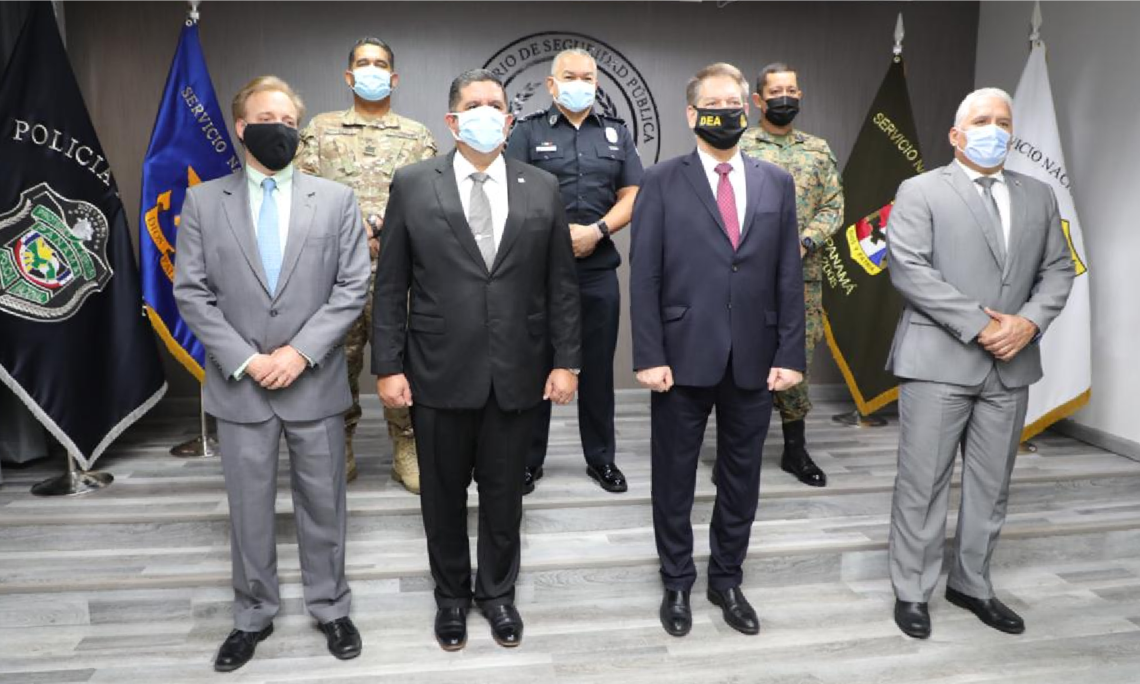 Panama City, 9 December 2020.- Drug Enforcement Administration (DEA) Acting Administrator Timothy Shea arrived in Panama this week on an official visit.  This is the first visit of a DEA Administrator to Panama, which serves as a hub for regional DEA operations.  Upon his arrival, Acting Administrator Shea and United States Chargé d’Affaires to Panama Stewart Tuttle participated in meetings with the President of Panama Laurentino Cortizo, Panama’s Attorney General Eduardo Ulloa, and Public Security Minister Juan Pino, along with other high-level Panamanian security officials.  During the meetings, the U.S. delegation reaffirmed its long-standing law enforcement relationship with Panama and its role in maintaining security in the region.

Acting Administrator Shea remarked that “Panama is a critical transshipment point for drug cartels operating in South America and those operating in Mexico.  DEA’s relationship with the government and citizens of Panama is based on our shared commitment to combatting these threats and protecting our communities and families from the scourge of drug trafficking.  I am honored to personally convey my thanks for the critical support Panama has provided DEA and affirm our commitment to this ever important and enduring relationship.”