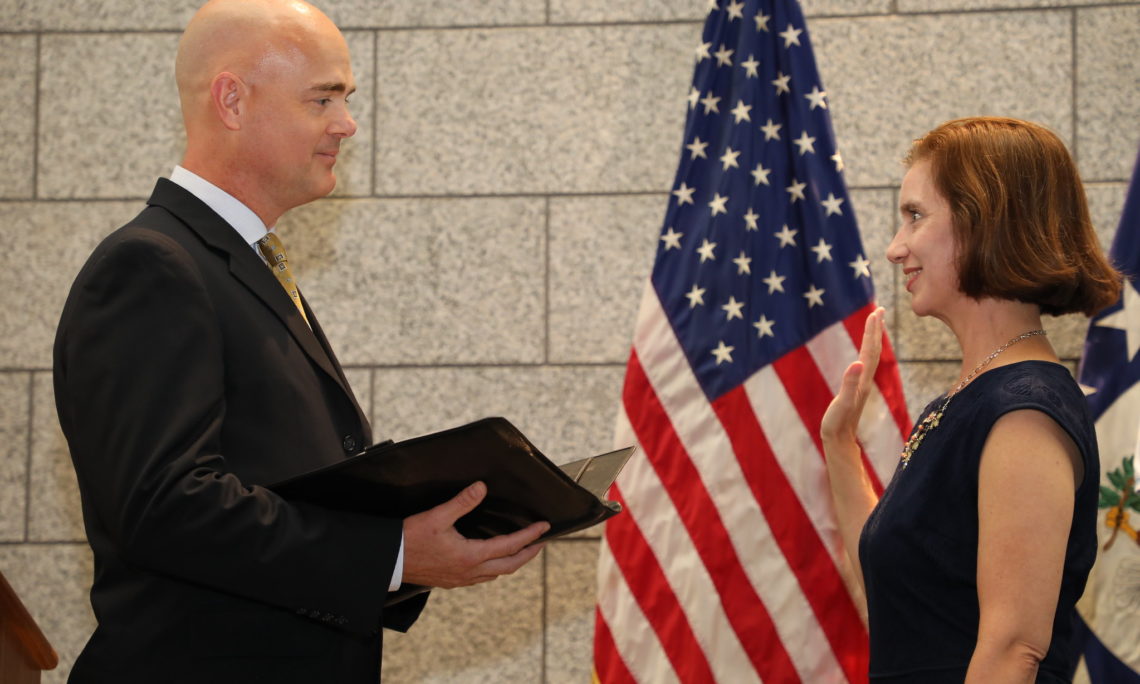 Panama City, January 3, 2020. Today, the U.S. Chargé d’Affaires a.i. in Panama, Roxanne Cabral, took her administrative oath as a U.S. Ambassador.  Cabral arrived in Panama as Deputy Chief of Mission on August 2017 and became Chargé d´Affaires a.i. in March 2018.  She was nominated as Ambassador of the United States of America to the Republic of the Marshall Islands in May 2019, and was confirmed by the Senate in December 2019.  Cabral plans to leave Panama in January to prepare for her next assignment in the Marshall Islands.  Upon her departure, a new Chargé d’Affaires a.i. will be named.  Chargé Cabral thanks the Panamanian people and government for their hospitality, friendship, and partnership.