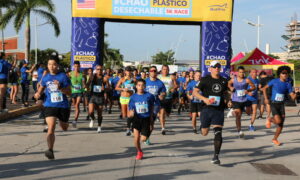 The United States Embassy, with the foundation MarViva, held the #ChaoPlasticoDesechable race on Sunday, August 4. The initiative, which attracted more than 200 participants, supported the efforts to reduce the use of disposable plastic in Panama. 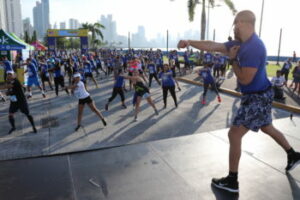 Matthew Castillo was first in the race, with a time of 17:23, followed by Alfredo Suarez (19:49) and Valentina Pena (20:21). Members of the United States Embassy community joined the race with a group led by Ryan Rowlands, the Acting Deputy Chief of Mission (23:42).

“Panama is a country with unique natural beauty, which we should protect and look after… We are united for the oceans and work together for a cleaner Panama,” Rowlands said. 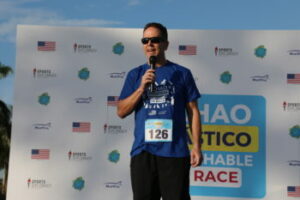 One-hundred percent of the proceeds will be donated to MarViva for its educational programs in Gulf of Montijo schools. These programs work with 650 kids and adolescents who live in Veraguas coastal communities to encourage the reduction of marine pollution by disposable plastics.

This initiative adds to the United States Embassy’s efforts of environmental sustainability, like the #PanamasinCarro day, which was organized this past May 22 with the purpose of creating conscience about the importance of utilizing sustainable transportation methods.